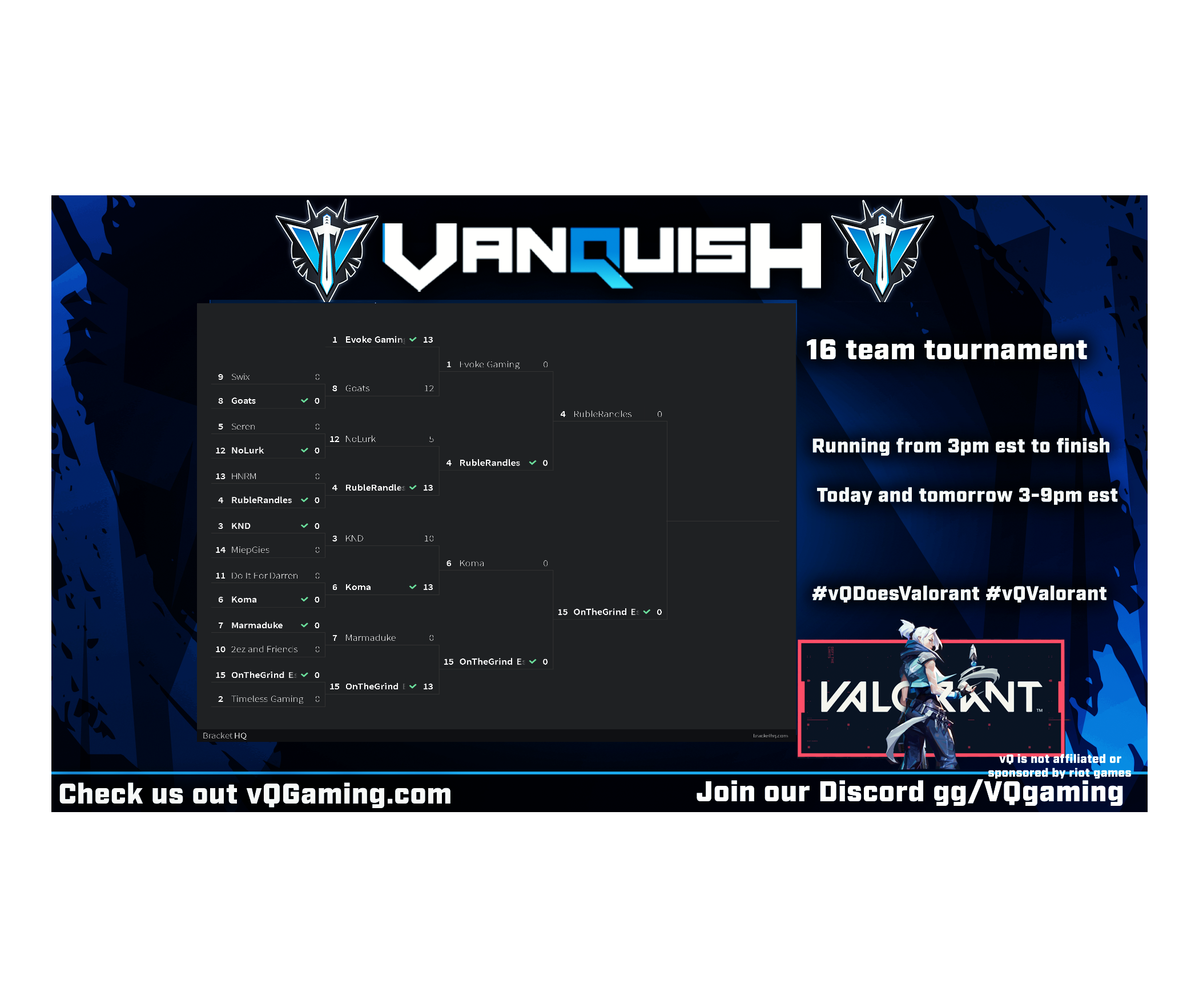 Vanquish to host a Valorant Tournament

Valorant is a new and upcoming game.  Many players are currently playing in Beta and we want a piece of it.  The Vanquish Twitter has been blowing up with teams who want to represent us in Valorant so we thought why not have a tournament of our own.  This could be the first of a series of tournaments that we host with the prize pools going up every time.  We want to see if the guys in the field have what it takes and we think hosting a tournament is the way to do it.

We are looking for teams to join and show us what you have got and we even have a team of our own players coming from our content creators and other teams.

It will be a 16 team single elimination tournament.  Our one and only @Rolenth will be hosting and we may have some shoutcasting going on as well from our Coach of the vQ Rainbow Six team @Remorce.

We will host the games on our channel and run them with 10 minute breaks in between for teams to get set up and ready.

We will have a map ban for each team and include a ban of Raze within the tournament overall.

Winner takes all of the $250 and auto registered in the next event.

Registration will be managed with our discord.gg/VQGaming  Reach out with you 5 players twitch handles @VQGaming

Vanquish reserves the right to adjust the teams and tournament and official rules will be accepted by all teams playing before a confirmed game time will be given.