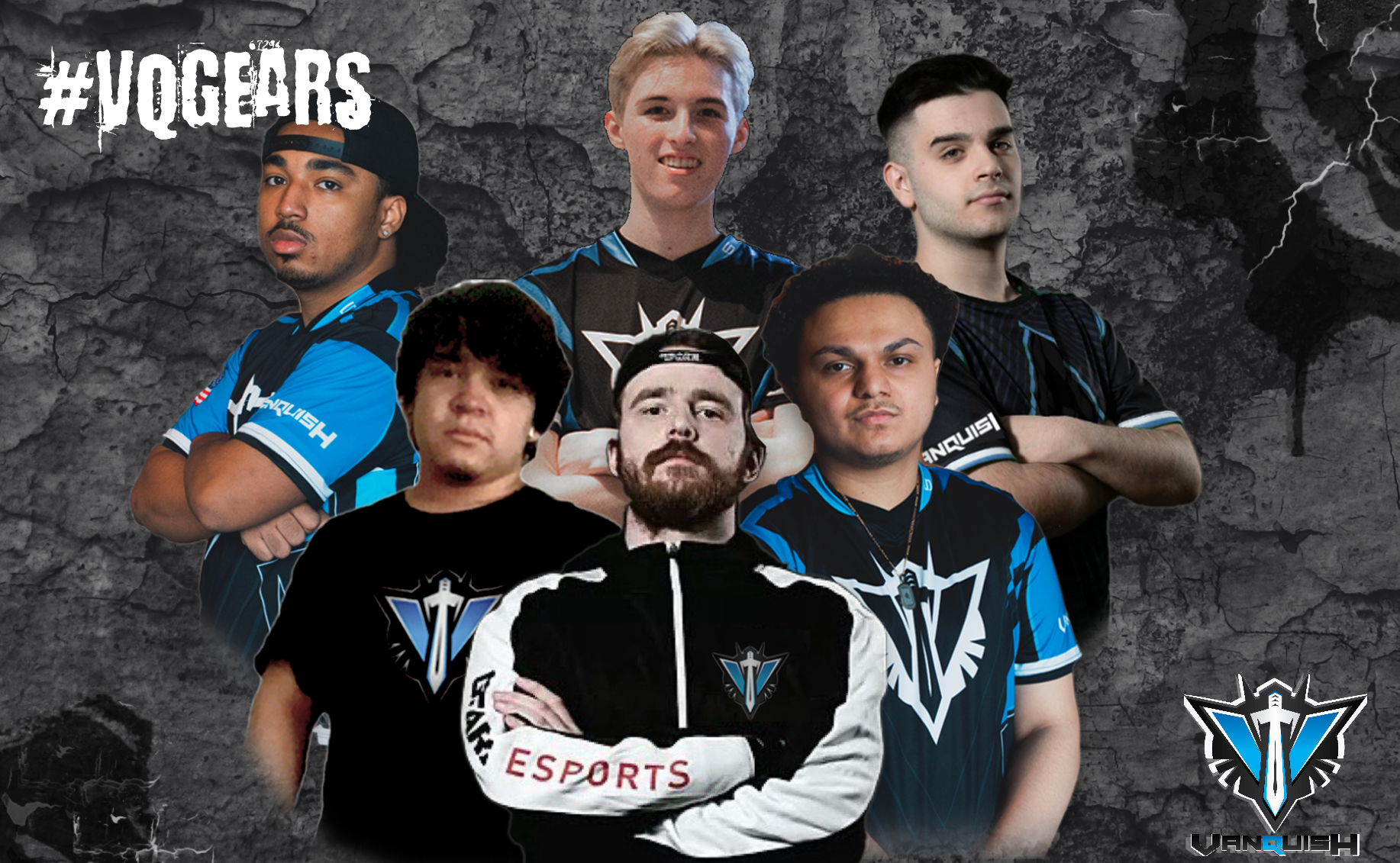 The team made up of

The Vanquish team has proven time and a time again that they are equipped and composed and ready to take the chip. In an unprecidented year this team has proven that there may be a new dynasty of players that deserve the championship title. The core vQ three of Hndles, Acells and Precision have been working together for over a year. Additions of experience with Vital and Great as the coach along with the great gameplay from Reptilian has come together in a squad that can slay any other team. The key to the win will come in the team keeping their composure and adjusting strategy based on anything the opponents will put in front of them. In the words of the team we are the definition of composure at this point and ready for what anyone is ready to throw at them.Hndles

The Vanqish ownership is so proud of this team and ready to see all of the investments made in these players, pay off. With the intentional absence of a manager, the CEO is very involved in the day to day support of these players and genuinely looking forward to showing the world what we have known all along. We have known for two seasons these guys have what it takes, we just needed the missing puzzle pieces to make it happen. Everyone needs to know that these guys grind though and every player has made huge improvement since joining vQ and we couldn't be happier.Ryon a.k.a. RennaisanceKing

Follow Vanquish for most up to date updates @vQGaming